Do Angels Have Wings? 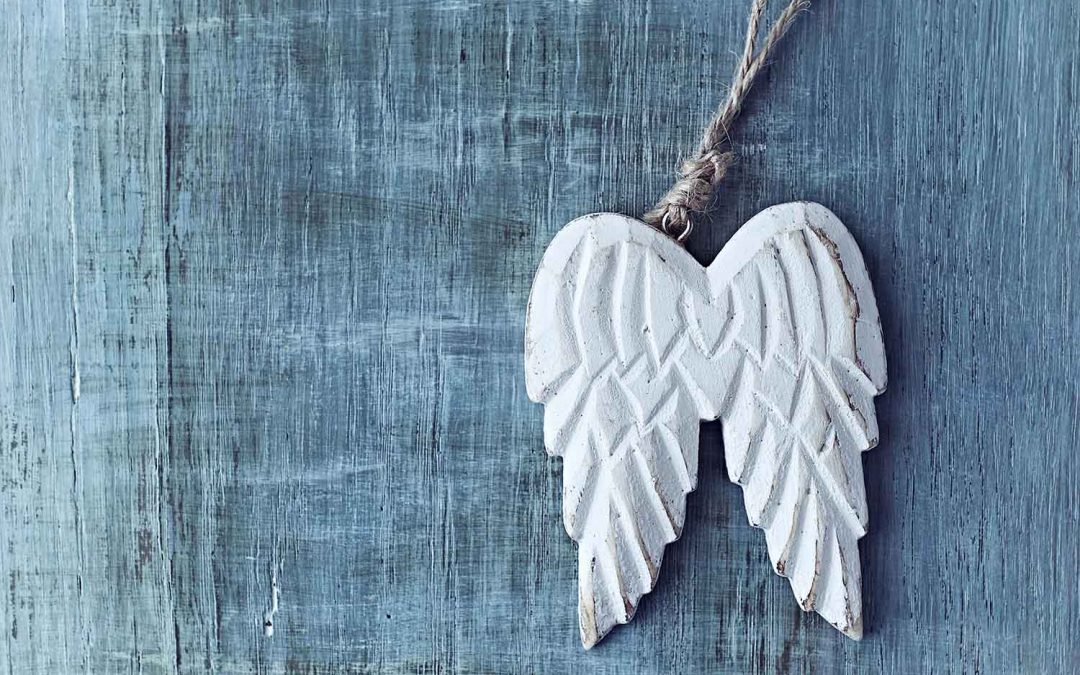 I talk a lot about angels and how they are not up in the sky; angels are here on earth surrounding us. After explaining this, I am often asked if angels really do have wings. The short answer is yes, they do, but not always!

Angels can appear in many different forms. They do not need wings to fly, but we as humans often associate angels with having wings, so sometimes, they do appear in that form so they can communicate something to us.

This story is about a winged angel I saw while I was out with a group of friends. One of those friends had a grandmother whom she had been close with but had passed away sometime before, and I knew the winged angel I saw was my friend’s grandmother. These deceased loved ones who remain with us on earth have told me they are called spirit guides. This particular angel spirit guide had great big wings, and she used them to fly after and watch over her granddaughter. It was a unique experience for me to see this winged angel, because, more often than not, angels don’t show themselves as having wings.

When I got home that night, I told my husband about the angel. He asked me if I had ever seen winged angels before. “Only once,” I told him, “but angels can appear in many different forms, and those forms help me understand who they are. The last spirit guide I saw with wings was of Catholic faith, or at least that was the faith she belonged to while she was living in her body on earth, so seeing an angel with wings can help me determine who I am seeing and speaking to.”

In this case, it was a little more unusual, because I knew my friend wasn’t Catholic. However, when my husband asked me if my friend’s grandmother had been Catholic when she was alive, something clicked into place that I hadn’t remembered until that moment: my friend had indeed told me once that her grandmother was Catholic.

Because those in the Catholic faith often associate angels with having wings, it could be that them taking on this form in the afterlife is a way for them to describe that they are specifically Catholic angels.

I really don’t think we have to worry about whether or not angels have wings. Each angel takes on its own form, and that form is just another one of the many ways that angels communicate with those of us who can see them, and those forms are often used to convey symbols or meaning.

If you feel like angels are sharing images or messages with you, write those messages down! It may take a while, but eventually, you just may learn who it is that’s sharing them with you.

Do you have any angel wing stories or angel messages? If so, post about them in the comments below, or email your story to healing@michellpowers.com so we can feature it for others to read on our blog page (with your permission, of course). Thank you so much!

Michell is a spiritual intuitive that has been able to see, hear, and communicate with angels all of her life.

Michell will contact you soon to set up an appointment

Learn to communicate with angels

Yes you can! Sign up to be the first to know about our soon to be released Angel Basics Course

We will notify you when online courses are ready!

You have Successfully Subscribed!